….Fabulous entertainment had them dancing from the outset … 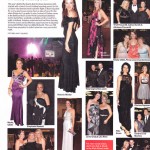 …an ultra talented band who did not 1, not 2, but 3, yes 3 different tributes concepts at Beerfest Asia and wowed everyone!..

….Thank you for being part of the Coca-Cola event held at Burswood on Swan on Friday, 25 February 2011. You all did a truly fabulous job and the night went so smoothly. You are all such professionals and our client was just so happy….. 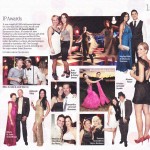 ….We are being flooded with emails commending us on the great night and entertainment so cannot thank you enough … I am also delighted to advise, The Petroleum Club would like to book the band again for next year….

….Friends Restaurant, three times winner of the ‘Best Restaurant with Entertainment in Australia’, has booked Australian acts like Daryl Braithwaite and Mental as Anything and international acts such as The Platters and The Searchers.  But it is the tribute acts like The Australian Beatles, AbbaFab and The Australian Blues Brothers provided by All Star Showstoppers that have patrons saying it is the best show they’ve been to.

Thanks once again for your extremely polished performance on Sunday. For
me it was the highlight of the conference entertainment program.

The band were fantastic!

…Absolutely amazing! They blew everyone away and put on such a brilliant show. Myself and management were so impressed.  Their level of professionalism and on stage charisma was unbelievable. We couldn’t have had anyone more perfect for independence day, thank you so much for recommending them!

…The Showstopper Guys (Australian Beatles and All Star SuperGroup) were absolutely FANTASTIC as per usual last night!!

…We had a Fantastic time, everyone has raved about the All Star Showstoppers, they had everyone up dancing and signing along. It was a fun night. I also want to thank Bryce the sound tech he was great, very helpful and easy going. Please send our sincere thanks to the Band and to Bryce they helped make the night a huge success, which we will build on for next year!

…The feedback from the residents here at Spinifex (BHP Mine camp) was fantastic, so much so that our Client (BHP)has requested we get them back early in the New Year.

…From crooning to shaking our tail feathers and rock ‘n roll… All Star’s tribute shows were fantastic, unique performances and entertainment plus! Very highly recommended.

….a HUGE thank you for the recent Ogden birthday party you performed at, everyone is still talking about it, big highlight for the night was the variety of performances…

We use cookies to ensure that we give you the best experience on our website. If you continue to use this site we will assume that you are happy with it.Ok