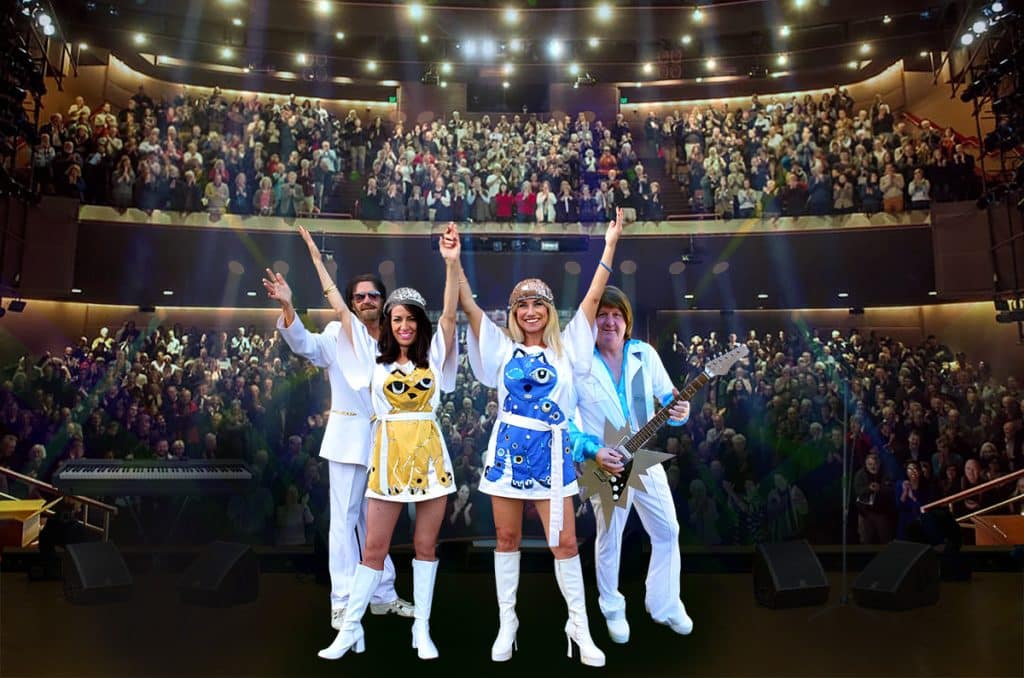 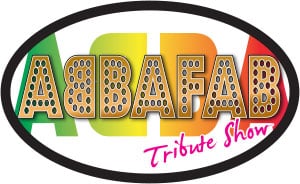 ABBAFAB, from Perth are Australia’s FABulous Abba tribute show. They have performed to sell-out audiences throughout Australia and Asia.  Agnetha, Benny, Bjorn and Anni-Frid have returned to take you on a fun-filled journey through the hits that will have you dancing and singing along uncontrollably.  This ABBA tribute show is a family favourite and is full of audience interaction, making it the ideal show for community festivals.

A spectacularly choreographed and polished musical reproduction of ABBA’s greatest hits.  This show is a festival favourite and is also ideal for 70’s Glam themed events. ABBAFAB are a seven piece band, complete with live drums, guitars bass and keyboards.  Colourful costuming and plenty of ‘Swen-glish’ humour are all part of this hit family-friendly show taking audiences by storm.

The band and its members have been featured extensively on Australian and Asian TV as well as radio stations 6IX , 6PR, 96FM in Australia and BBC Radio 1 & 2 in UK.

There are many ABBA tribute bands out there, but there’s only one that is truely FAB!!

ABBAFAB are currently taking bookings throughout Australia, Asia and Pacific.

Forty years ago, Australia was gripped by ABBA mania.  No other band came close to the success of Abba in Australia.  From the band’s early success at the 1974 Eurovision Song Contest with ‘Waterloo’, right through to their last single ‘Thank You for the Music’.  Their 1977 tour of Australia was featured in ‘Abba The Movie’.  In later years we’ve had Muriel’s Wedding, then Mamma Mia The Musical, and Movie. Followed by Mamma Mia Here We Go Again.  We just can’t get enough of ABBA!

Waterloo
Mamma Mia
Money Money Money
Knowing Me Knowing You
Fernando
SOS
Does Your Mother Know
Gimme! Gimme! Gimme!
I Do, I Do, I Do
Ring Ring
Honey Honey
Voulez Vous
Thank You For The Music
Super Trouper
Dancing Queen

What Our Clients Say

…….Thanks once again for your extremely polished performance on Sunday. For me it was the highlight of the conference entertainment program.…..
Vic, Event Manager - Tyrepower National Conference