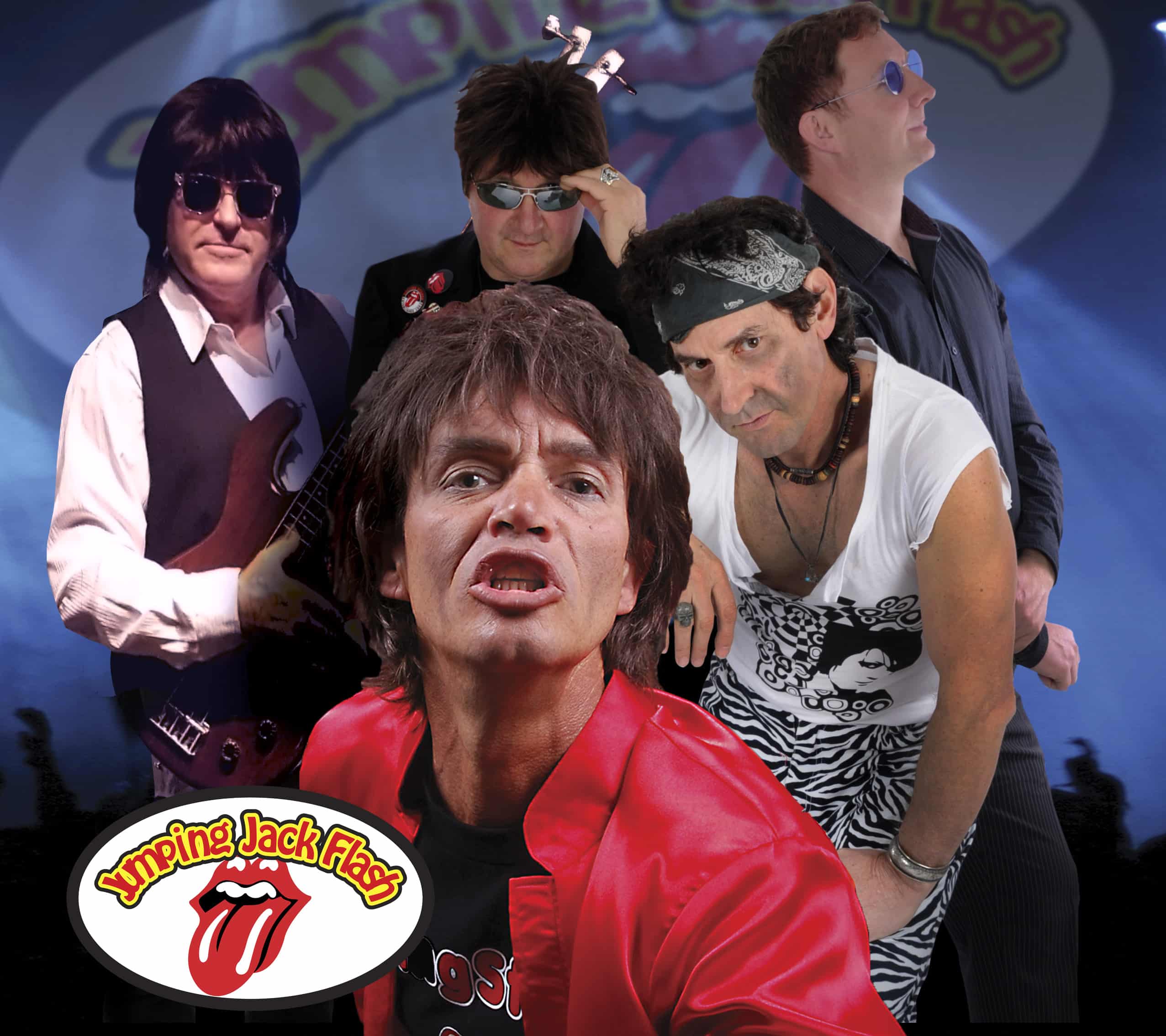 Jumping Jack Flash are Australia’s longest running and most respected tribute to The Rolling Stones.  They have performed throughout Australia and Asia.

At the heart of this world-class tribute to The Rolling Stones are Tom Jennis as Mick Jagger, and Rocky Evangelisti as Keith Richards, known as the original ‘Glimmer Twins’.  Jennis perfectly captures the strutting, swaggering charisma of Jagger’s stage presence, whilst Evangalisti faultlessly reproduces the attitude and performance of rock and roll’s original guitar hero – Keith Richards.  With the rest of this five piece live band performing at full throttle, they thrill audiences of all age groups and all nationalities.

The band have been featured on TV shows in Asia and Australia’s Channel 7 & 9, additionally their 2019 performance in Hong Kong Stadium was broadcast worldwide on Sky TV in UK and USA and Foxtel TV in Australia.

The legendary Rolling Stones are unmatched in musical history for their power and presence on stage. Jumping Jack Flash are a group enormously experienced musicians who make it very clear why The Stones are “the greatest rock and roll band in the world”.

Add in a tribute show sets from The Australian Beatles for FREE!

>More information on The Rolling Stones

What our clients say

….Friends Restaurant, three times winner of the ‘Best Restaurant with Entertainment in Australia’, has booked Australian acts like Daryl Braithwaite and Mental as Anything and international acts such as The Platters and The Searchers. But it is the tribute acts like Jumping Jack Flash provided by All Star Showstoppers that have patrons saying it is the best show they’ve been to.
Clyde Bevan, Friends Restaurant Perth, June 2013